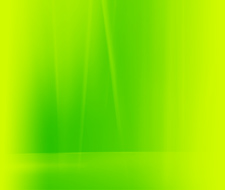 
Gniazdo Foundation was created as one of the first non-government organisations in Katowice. The main scope of our foundation is to support and help realising the natural functions of a family in marginalized society.


In May, 1992, in Orkans Street in Katowice, the first common room in the Municipal Social Welfare Centre (MOPS) was created and it was led by Mrs. Katarzyna Cholewa who then became the president of the Foundation for many years. In order to get an additional financing to be able to elaborate with children in the new common room, in December of the same year, the Foundation for People that need Help  Gniazdo.
The primary scope of the Foundation was to support MOPSs activity in the common room. Additionally, in 1994 under the foundation MOST (Regional Center for Supporting Non-Government Organizations), that in 1996 has already received the independent legal entity, began its actions. The activity of the Foundation gained momentum month by month. In 1994 the foundation set up their own common room entitled Educational Training Center.
The concept of elaborating in a common room was created by the precursors of sociotherapy in Poland - Maria John-Borys, Katarzyna Cholewa and Ryszard Borys. After some time next to the common room a counseling service was set up: Family Intervention Team. In 2000 there was a need to be founded a Teenage Club for Personal Development Support as the answer to the alumns needs and problems that still needed support and had an enormous motivation to self-development. The Foundation since the very beginning cooperated with MOPS that, until July 2012, financed the Sociotheprapeutical and Teenage Common Room for Support of Self-Development.
Since 1997 the Foundation has been cooperating with Attorney of Katowices President, that occupies of solving alcoholic problems. This cooperation with the Municipal since July 2012 has been tightened. The Foundation receives grants to lead bith the common roon and the club. The first founder was Mr. Krzysztof Cudzich. Among the originators, organizers and creators its necessary to mention Mrs. Katarzyna Cholewa, Mrs. Maria John-Borys, Mr. Ryszard Borys, Mrs. Jacek and Ludmila Pretkowscy, Mrs. Kasprzyk, Mrs. Anna Szelest, Mrs. Barbara Kowalczyk, Mrs. Katarzyna Pakula, Mr. Michal Rokosz.
Without the commitment and dedication of these people, the Foundation wouldnt exist in such a form...

What do we believe in? What are our values?


We are deeply convinced that the city of Katowice can and will develop thanks to people that believe in themselves, that are educated, that work, that obtained real skills thanks to which they are ready to live on their own, in accordance with the social norms.
That is why, everything we do is thanks to the sentence:

 In everyone lies the potential to do great things.

We believe that in the children that come to us, there is this potential  even though its covered with difficult experiences and a baggage carried out from their family homes.